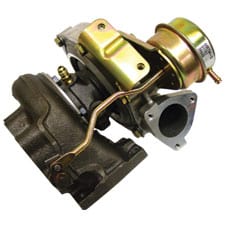 We can repair all types of turbo charger units, for an instant quote simply give us a call on 08712 88 44 80 today. Below we give advice and information to help protect you and your turbo chargers for the future along with common failures.

Quite often the widely available GT28 Garrett turbo charger units are failing on vehicles, which 9/10 times is due to their respective owners not knowing how to effectively take care of a turbocharger unit, however, it is possible for turbochargers to fail due to wear & tear. Below we describe a few possible causes of failure.

When the engine is cold, the oil is thick and so will not get around the mechanical components i.e. the turbo charger quick enough to protect it effectively. – You need to give the turbo charger time to become fully lubricated before allowing it to spool up.

To eliminate back spin we suggest using a BOV (blow off valve) with your turbo charged vehicles if it is not already fitted with a factory unit.

Another way back spin is caused is when you do not allow your turbo charger enough time to cool down before switching the vehicle off. When you’ve had a long run and the turbo was spooled up for some time, the impeller(s) are spinning at very fast rpm, you must give the turbine time to slow down gradually and simultaneously cool down – but if you switch your engine off immediately, you risk damaging the turbo charger or at least reducing the life expectancy of the turbo charger unit.

When a turbo charger fails, you can expect to notice any of the following effects:

Whatever the problem with your Garrett turbo charger unit, rest assured we can rebuild it OE standards using only OE Specification replacement parts. We not only remanufacture Garrett turbo chargers, we do all other types of turbo’s as well but you must call us with your part numbers prior to sending your unit in as prices do vary.